Parliamentarians and their staff want to use evidence to support their decisions, but they can often feel ‘bombarded’ with the sheer amount of material that is sent their way. Drawing on the findings of a wide ranging study looking at the use of evidence by UK parliamentarians and their staff, Dr David Rose and Dr Chris Tyler provide seven insights for how academics can improve the chances of their evidence being used in the fast-paced, time-poor, information environment of the UK Parliament.

In recent months, the UK Parliament has shown its ability to hold the government to account, scrutinising legislation and government policy, and actively influencing policy decisions. When Parliament returns on April 21st (all being well), it will resume its normal scrutinising and law-making job, but its role in holding the government to account on its handling of the Covid-19 pandemic will be particularly high-profile. Understanding how Parliamentarians use evidence and how the academic community can better communicate with the legislature will be essential to making this process work.

First of all, it is important to state: Parliamentarians, and the staff supporting them, want to use evidence to support their decisions. In our study of evidence use in the UK Parliament, which involved surveys and interviews with 157 people (MPs, Peers, MPs staff), as well as participant observation of committee meetings, 98% of participants agreed that evidence was useful for their work. However, ‘evidence’ was broadly defined to include different types of information (e.g. public opinion polls, constituent testimony), in a way that is quite different to the loosely accepted way in which the term is used in the academic community.

Parliamentarians, and the staff supporting them, want to use evidence to support their decisions

We found that parliamentarians and their staff sourced evidence in a variety of ways – from government departments, the House libraries, media, experts, within constituent correspondence, and sometimes from academic books or articles – if they were accessible. Select Committees would generally draw on evidence that had been submitted formally through written calls for evidence. Many MPs talked about being “inundated”, “overloaded” and “bombarded” by evidence from many different sources and our analysis of Select Committee evidence calls confirms there is a vast amount of material submitted. Such testimony, alongside further comments that parliamentarians have little time to read evidence, is important for academics to take on board. 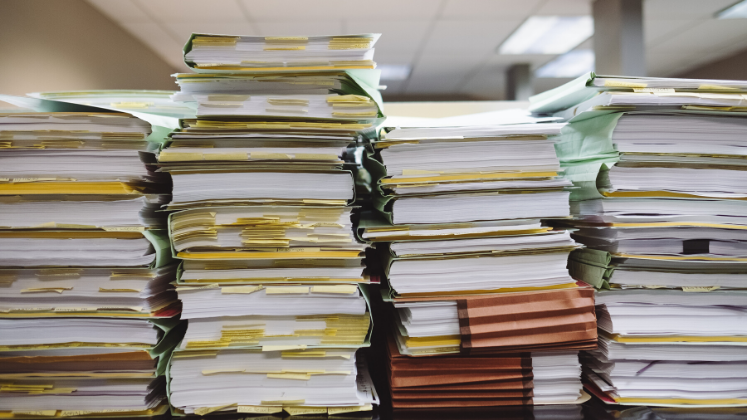 In particular, if academics wish to influence decisions being made in the UK Parliament, their evidence needs to be submitted in a way that meets the information needs of, and makes it as easy as possible for, parliamentarians and their staff to use it. Based on our research, we present the following seven insights for academics looking to engage with parliament.

Select Committees regularly advertise calls for evidence on a wide range of subjects. It is important to make sure that you respond to these if you have the necessary expertise and it is critical that you meet the deadline, or your hard work will likely not be considered. They may also call you as an oral witness if you respond with written evidence.

Write to your MP

MPs spoke about using information that had been submitted to them by their constituents. Writing to your local MP can, therefore, be a good way of feeding evidence into parliamentary processes, such as Chamber debates. As in point one, no matter how strong your academic reputation is, parliamentarians are not likely to seek you out. Don’t sit by the phone – actively engage with Parliament!

Parliamentarians generally trusted evidence more if it had been gathered by House Library staff or compiled by the Parliamentary Office of Science and Technology (in-house science advisory service). House Libraries have subject specialists in particular areas and therefore it can be useful to establish and maintain contact with these individuals so they know your area of expertise. Equally, you can register with the Knowledge Exchange Unit at POST, or follow them on social media in order to keep abreast with the latest evidence needs in Parliament and to ensure that POST knows what you can offer.

Parliamentarians felt bombarded by information in a time-poor environment. As such, they were generally less able to read lots of single papers or reports, but instead preferred subject- or issue-specific evidence syntheses which summarise a body of knowledge. As such, syntheses can be a key way of framing and providing information about particular issues, for example the subject-wide evidence syntheses provided by Conservation Evidence.

MPs and Peers tended not to search for evidence in academic papers, but their staff and House Library staff do. Staff talked about their frustration at finding paywalls that restricted them from accessing information. Open access is crucial.

Most parliamentarians and their staff are not experts. Submitting evidence that is understandable and accessible is essential – in other words, without unnecessary jargon and with key messages clearly identifiable. If parliamentarians are time-poor, then they are unlikely to spend time trying to decipher complicated papers.

In our survey, parliamentarians and their staff ranked credibility as the number one factor determining the use of evidence, although their process for judging credibility was not particularly scientific (e.g. statistics were generally assumed to be objective and value-free). They could often tell if a source had ‘an axe to grind’ or held a politically-biased opinion. It is, therefore, important to establish a credible scientific reputation so that your evidence is not tainted by such questions.

Following the advice above will, of course, not guarantee that your evidence will definitely be influential in the UK Parliament, not least because impacts are often rather diffuse and occur over long timescales. But, if the academic community can be given the institutional support to engage with Parliament more strategically, submit evidence in clear ways, and work with trusted knowledge brokers to enhance evidence delivery, the chances of impact are greatly increased.

This blog draws on research supported by the Economic and Social Research Council and the Houses of Parliament (including POST). The full open access paper, ‘Improving the use of evidence in legislatures: the case of the UK Parliament’ (2020) by Rose, D. C., Kenny, C., Hobbs, A., and Tyler, C., can be found here.

Dr David Rose is the Elizabeth Creak Associate Professor of Agricultural Innovation and Extension at the University of Reading.

Dr Chris Tyler is Director of Research and Policy in University College London’s Department of Science, Technology, Engineering and Public Policy (UCL STEaPP), where he leads STEaPP’s policy programmes and explores how policy makers use scientific evidence. Prior to joining STEaPP, Chris spent five years as Director of the UK’s Parliamentary Office of Science and Technology (POST) and before that was the first Executive Director of the Centre for Science and Policy (CSaP) at the University of Cambridge.

Originally published on the LSE Impact Blog. Republished with permission.